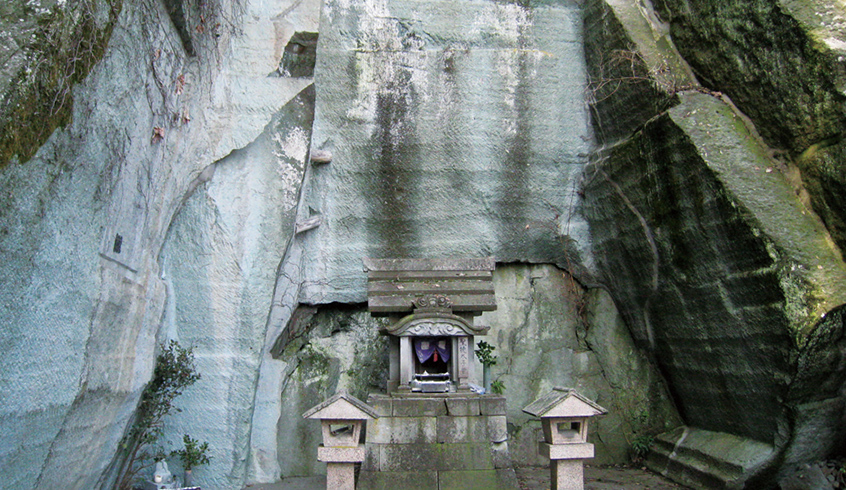 Shakudani stone is green tuff produced around Mt. Asuwa. Since it is tinged with deep green when it gets wet, it is also called “Echizen blue stone”. Since it is soft and easy to process, it was used as a stone coffin buried in ancient tombs in old times. Mining of this stone was re-sumed in the medieval period and it was uti-lized widely for building materials and for daily commodities, etc.

© 2020 Utilization and Promotion Council of Japan Heritage in Fukui and Katsuyama.